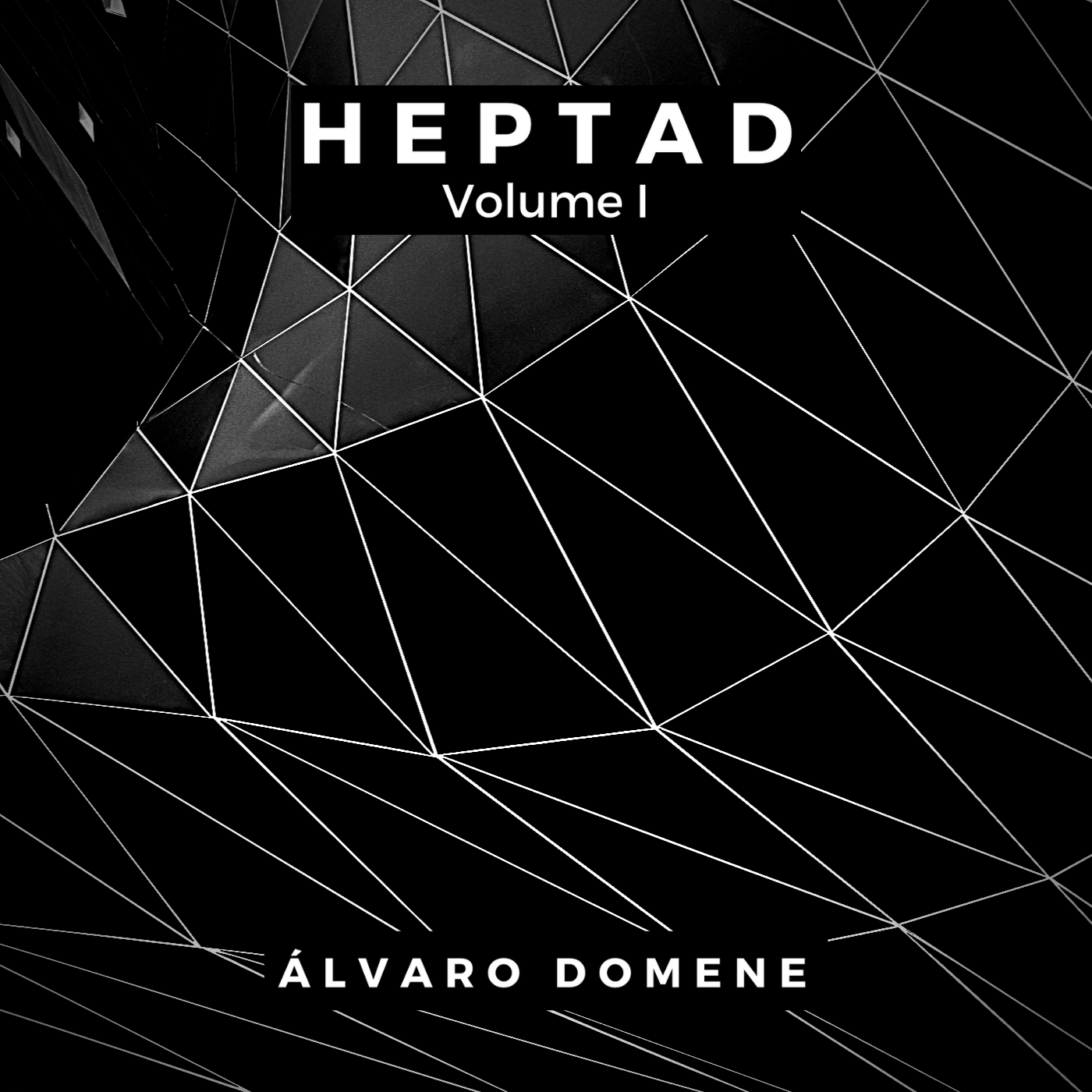 Heptad is the first volume of Domene’s new works for seven string electric guitar. Instead of being a continuation of his gargantuan and monolithic sounding solo pieces heard on Illustris (2020) and The Compass (2018), Heptad signifies a tangent in Domene’s solo works. If the two previous albums were conceptualized as new orchestral-inspired music performed on electric guitar, Heptad is the chamber equivalent, on which Domene’s seven notated, but spontaneously interpreted pieces, evoke the enveloping sonorities of small string ensembles.

All the music was conceived to be performed and recorded live, with no overdubs, and, to achieve this imaginative sound, Domene meticulously programmed over a dozen pitch delay algorithms to shape the harmonic and melodic palette of each compositional framework, which, along with his angular approach on guitar and dazzling energy, allowed him to weave nets of contrapuntal statements, eerie chordal textures, and chilling harmonics.

Heptad Volume I is a serious solo guitar recording, pivotal in Domene’s solo output, and presented with all the meticulousness and imagination that these exploratory and unearthly pieces deserve.