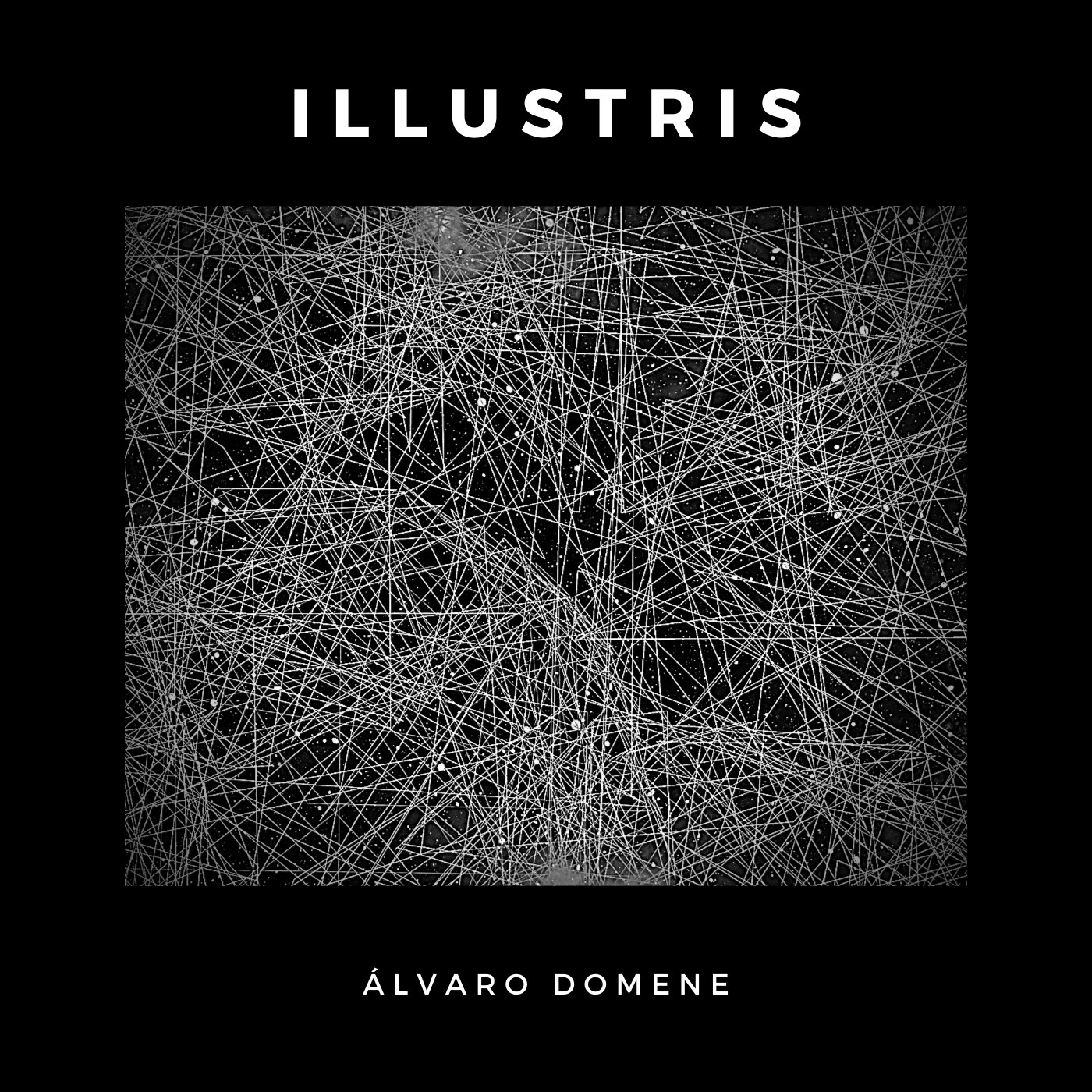 < Illustris, shining brightly with light as a supernova emerges in the sky >

Iluso Records is thrilled to release "Illustris", the much anticipated sequel to Álvaro Domene's first solo album, the critically acclaimed "The Compass" (2018).

“Madrid-born, Kingston-based Álvaro Domene is not only a most formidable and original guitarist; he’s a tireless advocate for the creative music scene in the Hudson Valley of New York and beyond. His Singularity Concert Series has brought many renowned musicians like guitarists Ben Monder and Elliot Sharp for intimate performances at his Kingston loft. Since 2013, his co-owned Iluso Records has released over two dozen discs featuring some of the most fearlessly composed and improvised music you’d even want to spin. Domene continues his habit of keeping some heavy company, recording and performing regularly with the likes of Joe McPhee, Karl Berger, Henry Kaiser, Ches Smith, Michael Bisio, Weasel Walter, Billy Martin and many more.”

WATCH THE VIDEO FOR THE TITLE TRACK HERE: www.youtube.com/watch?v=Oo20ar3nGNE

Couched firmly in the intense absurdity of this historic moment, Illustris crystalizes the utter desperation felt by those devastatingly affected by a mysterious virus that starves the body of breath and vitality, rendering them weak and impotent to grapple with the socioeconomic and political implications of the pre-apocalyptic hellscape within which we have all found ourselves.

As the streets overflowed with people of all backgrounds standing for racial justice, for equity, for basic human decency after the murder of George Floyd by Minneapolis police, Domene found himself deathly ill, quarantined, and contemplating his own mortality while wishing to be out there supporting the cause.

Domene battled Covid-19 all through the spring and summer but still managed to ready this album for release. Here is his account of that time period:

"My earliest symptoms manifested on the first week of March, after having a great time in California performing with LA greats Patrick Shiroishi, Clint Dodson, Steuart Liebig, and Vinny Golia. I'm quite sure I got it from a very ill gentleman that travelled on the seat next to me from LA to my connecting flight in Philadelphia.

Between March and April, I went through my first COVID phase, which felt like a severe flu. Then, I started feeling a little better, so I began writing and recording music when I felt strong enough to hold the instrument. I soon realized that the improvement I felt was an illusion perpetrated by this sneaky and ruthless virus because shortly thereafter, I rapidly got MUCH worse. I had an awful and terrifying relapse that led me to several episodes of hypoxia and anxiety attacks. I even collapsed right here in my studio. One of those episodes occurred during the chordal rubato section of the title track, during which I had to sit down to rest and catch my breath due to lack of oxygen and a terrifying chest pressure that pulled me off of my feet. I didn’t stop the recording, though, and kept at it until the piece felt like it arrived at its natural conclusion. It is as if somehow I knew that I just had to keep going. And I am glad I did, because it is one of the best pieces of music that I have ever created and truly synthesizes who I am and what I do on my instrument in a very real and pure manner.

I composed and recorded this music on different sessions between April and June. Every time I pressed record, my intention was to be in the moment as much as humanly possible because I honestly thought that each take could very well be my last. I gave it all and hope you can tell. I am very proud of this album and happy to be alive even if surviving COVID-19 means facing the bleak uncertainty of what lies ahead.

Thank you for reading, listening, and your support. Be safe out there and take care of each other."