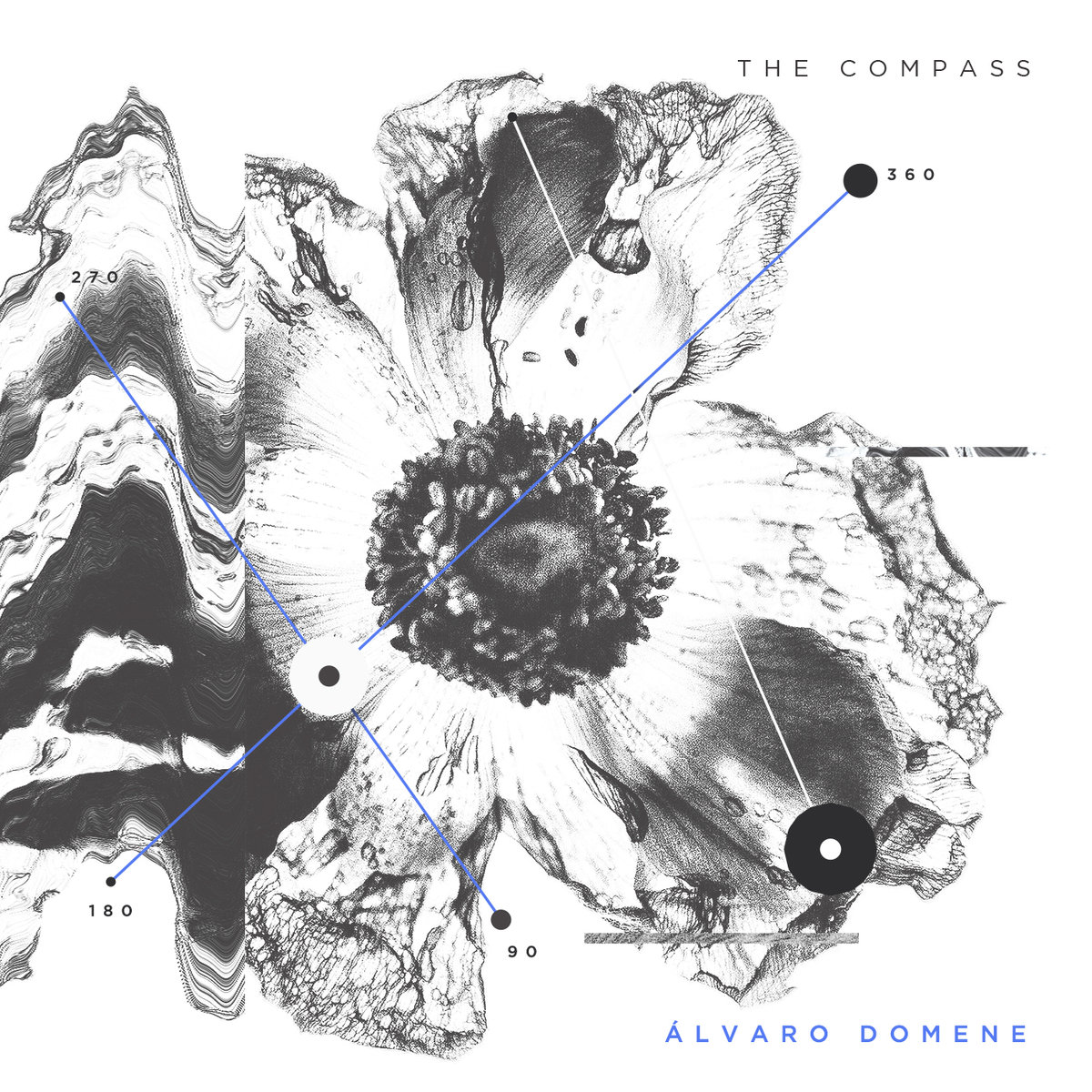 Performed and recorded live, without overdubs, on 1 March 2018 at Menegroth, The Thousand Caves, New York.

Artwork by Juan Soler at The Braves Church.

Domene relocated to New York from Madrid in 2015 and has been steadily making a name for himself in the city’s fertile creative music scene. His exceptional command of the instrument, vigorous sound and creativity have seen him collaborate with some of the leading names in avant-garde jazz and improvised music, including Joe McPhee, Karl Berger, Elliott Sharp, Henry Kaiser, Jim Black, Briggan Krauss, Michaël Attias, Ches Smith, Scott Amendola, Michael Bisio, Mike Pride, and Fred Lonberg-Holm, among others.

With its nebulous barricades of visceral tension and epic soundscapes, ‘The Compass’ exhibits virtuosic expertise of both conventional guitar performance and the incorporation of live electronics and extended technique, generating a sonic cathedral of ear-splitting proportions.

Textures, feedback, walls of sound, polyrhythmic inventiveness, glitch and real time sampling are some of the key elements that form the fabric of this stunning recording in which the boundaries between metal, contemporary classical and jazz musics are not only blurred but ingeniously manipulated beyond recognition.

The 10 pieces on the album traverse a wide range of sound, style and sonic permutation. From the elegant and more classically aligned “solo guitar” pieces like “Pendulum” to the distorted bone-crushing eminence of the title track, ‘The Compass’ reveals Domene’s creative and compositional approach to be equally inspired by classical composers Anton Webern, Scelsi, and György Ligeti, as contemporary forward-thinking metal acts Gorguts and Meshuggah.

Performed on an electric seven-string guitar and stunningly recorded without overdubs, mixed and mastered by the legendary Colin Marston at Menegroth, The Thousand Caves in Queens, the album is a commanding statement of creative solo guitar music and a phenomenal solo debut release by the young Domene.

‘The Compass’ is essential listening for all plugged-in creative music fans and reveals what a steady diet of metal, jazz and contemporary classical music can do to a Spanish guitarist living in post-fact USA. Who says anger can't be a constructive emotion?