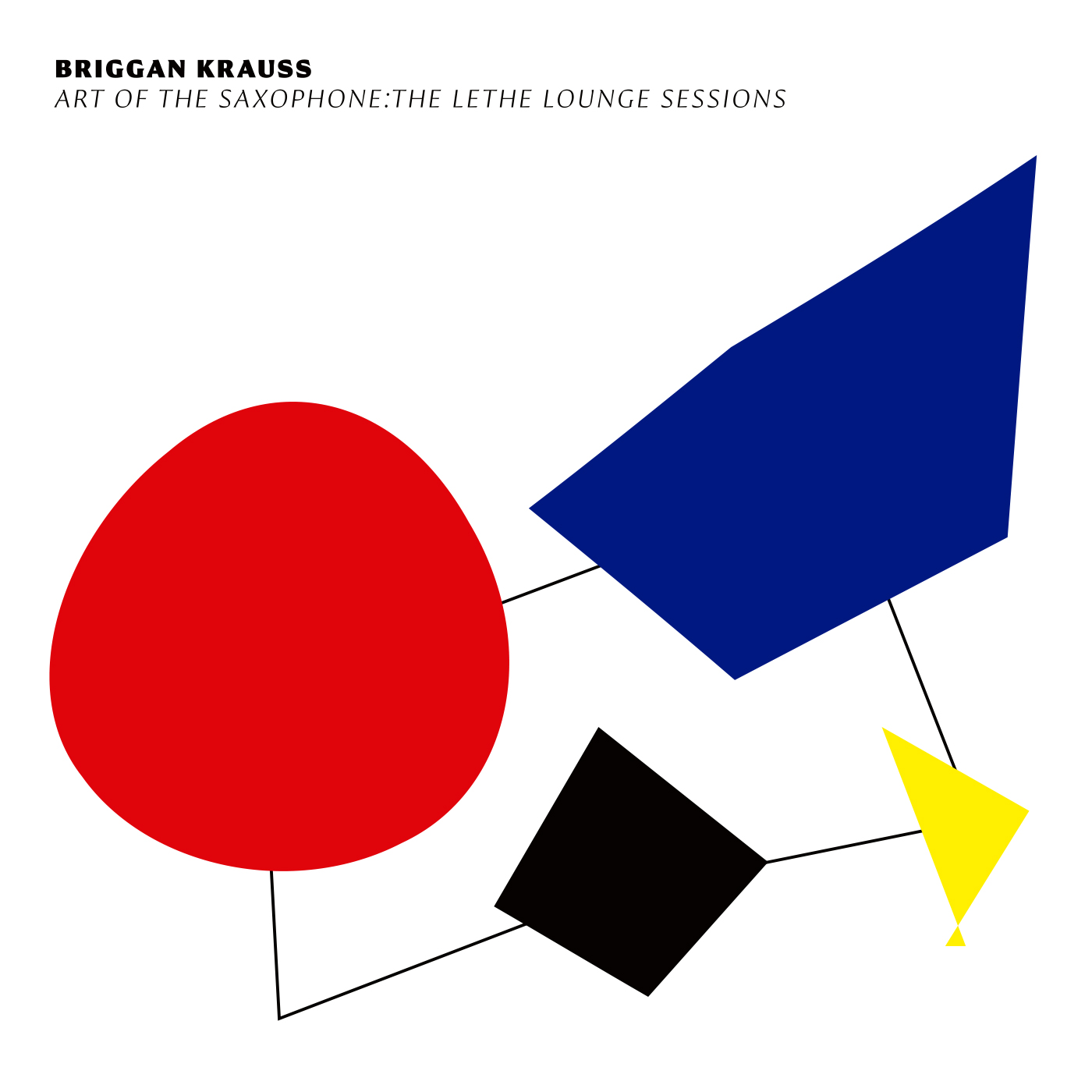 All compositions by Briggan Krauss
Recorded at the Lethe Lounge in April 2019
Mastered by Scotty Hard
Art and design by Adam J. Bragg

Art of the Saxophone: The Lethe Lounge Sessions

Iluso Records is delighted to present arguably the most unique and searching solo alto saxophone album to be released in recent memory. Art of the Saxophone: The Lethe Lounge Sessions by Briggan Krauss is a masterclass on how extended technique and dedication to the sonic potential of the instrument can completely change perceptions of what a saxophone should sound like.

Rejecting unconscious ornamentation or electronic effects, Krauss recorded this completely acoustic album in two days at The Lethe Lounge in New York City. Each of the album’s twenty-two improvised pieces features one of three signature approaches to performance—all of which are noted in the titles “Open”, “Towel”, or “Study”.

Featuring quiet long tones and multiphonics, each “Study” arose as an experimental extension of Krauss’s practice regime. Both impeccable and blemished, each piece is a dialogue between his vision and the physics of the saxophone.

The “Open” and “Towel” pieces are improvisations exploring hidden density. These pieces feature an overall arc or shape while at the same time any individual phrase can exist as a standalone composition. Distinguished by fast and intricate passages when viewed as discrete moments in time, the improvisations become gestural, flowing, and even conversational when taken as a whole.

“Open” pieces are improvisations without any physical alteration to the saxophone with the exception of Lethe Open No. 4 (Leg), during which Krauss uses the inside of his left leg as a mute in a manner similar to how a plunger mute is used by a trumpet or trombone player.

“Towel” pieces incorporate the use of Krauss’s distinctive towel mute, a disk of dense cotton fabric placed in the bell that he invented shortly after he arrived in New York City in 1994. Over twenty-five years of use, he has developed a wide array of towel techniques that drastically change the saxophone’s operation and sound, and are an important feature of his voice.

Art of the Saxophone: The Lethe Lounge Sessions deconstructs the idiosyncratic and singularly personal sound of an iconic performer, offering listeners an intimate experience of the depth of musical expression possible when boundaries between instrument and artist disappear.