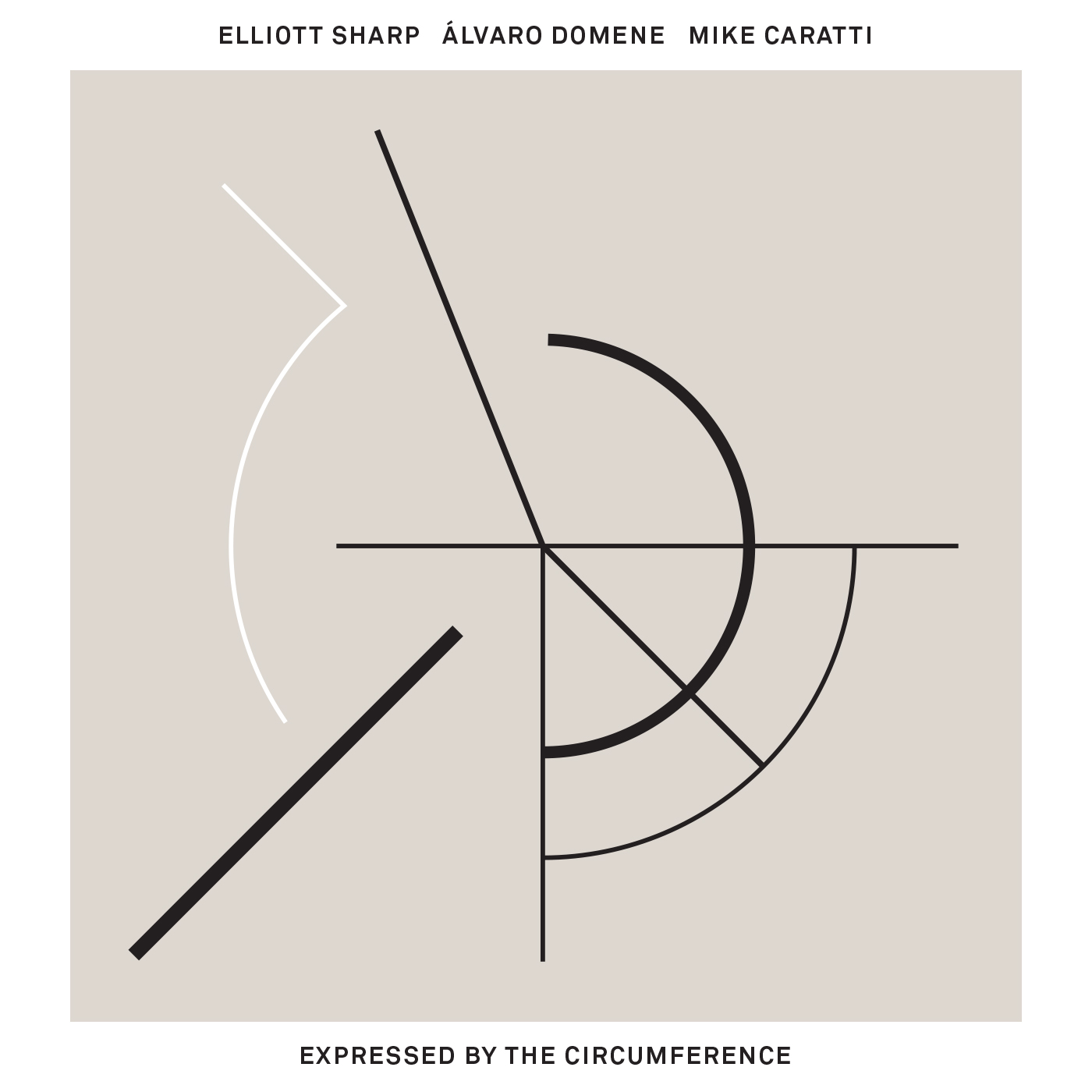 Recorded, mixed and mastered by Colin Marston at Menegroth, The Thousand Caves, Queens NY, in January 2019.

Expressed By The Circumference

Álvaro Domene is a Madrid-born, New York based guitarist and composer operating at the convergence of various styles of contemporary creative music. His sound and compositions are influenced by the avant-garde jazz and modern classical traditions, as well as metal music. Having recently studied composition with Sharp, Domene forged his plan to record an album with his admired teacher along with long-time friend and collaborator, Australian drummer/percussionist Mike Caratti (dMu, Death Drag).

"Expressed By The Circumference" is a playful excursion to the outer limits of musical mayhem. From the delicately poised title track, whose suggestive theme lingers loosely before dissipating into a pit of reverberated glitch and cascading bleeps, to the downright zany avant-blues that is Toad Style Blues, to the statically ominous and aptly titled Nebulous Green, the album is a kaleidoscope of electronica, heavy guitar driven avant-rock, ambient soundscapes and contemporary jazz.