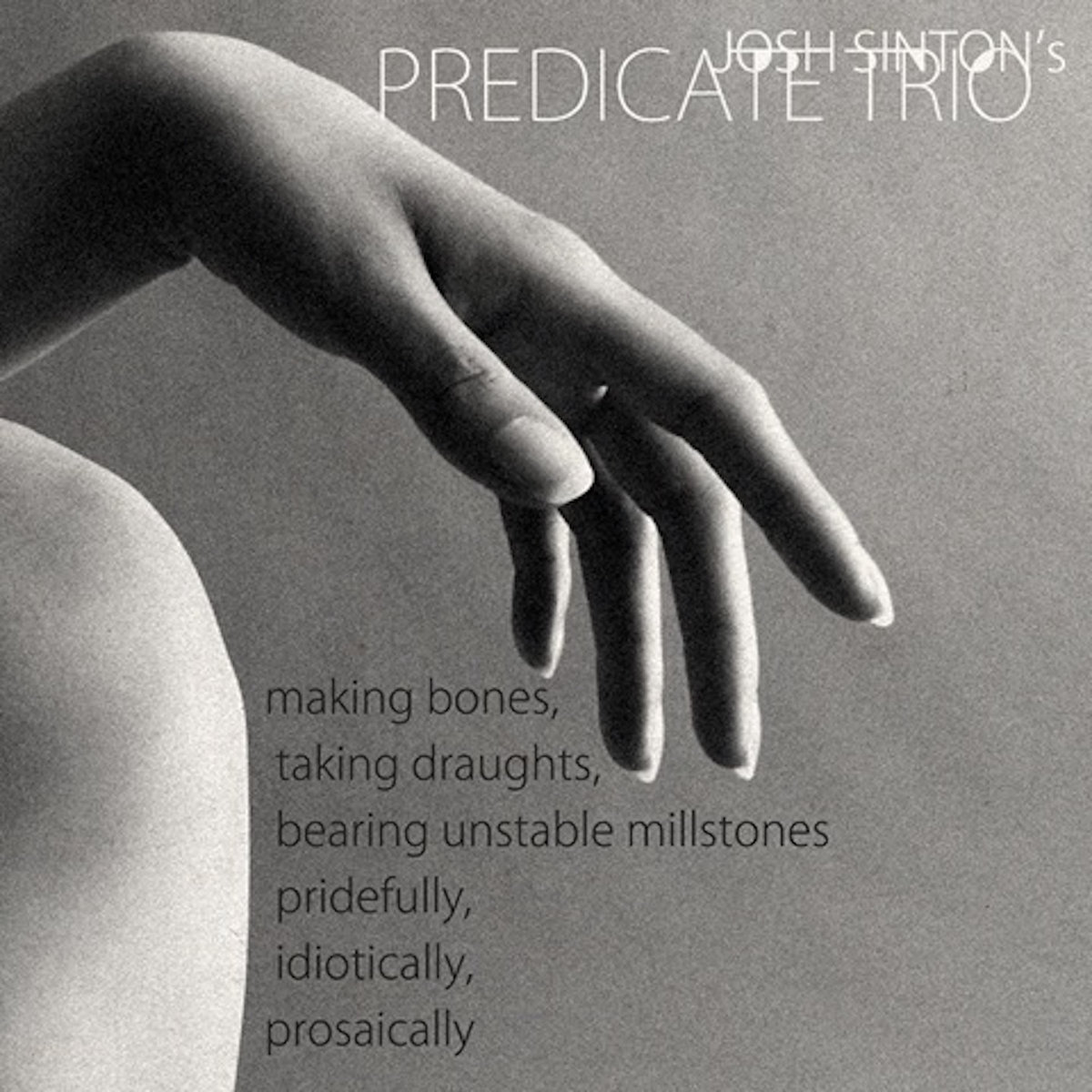 All compositions by Josh Sinton, copyright 2018 sinzheimer musik except for taiga and idonal by Sinton, Hoffman and Rainey,

All pieces recorded in single takes on June 1st 2018 at Buckminster Forest,

After a brief and curative hiatus from music making, Brooklyn-based baritone saxophonist, bass clarinetist and creative musician Josh Sinton makes a most welcome return with the debut album from his newly formed Predicate Trio, featuring acclaimed cellist Christopher Hoffman and the inimitable Tom Rainey on drums.

The album - making bones, taking draughts, bearing unstable millstones pridefully, idiotically, prosaically – is perhaps Sinton’s most evocative album as a leader to date and confirms Sinton’s place as one of the most individualistic musicians in the world today. His truly unique sound is on full and glorious display here, reaching the farthest sonic capabilities imaginable on both bass clarinet and the physically demanding baritone saxophone.

About this band, Sinton says: “I first met Chris before he started working with Henry Threadgill, and I loved his playing right away, its clarity, musicality and avoidance of cleverness for its own sake. Later, I would go see him play with Threadgill at the Village Vanguard, and I loved what he brought to that mysterious, astounding music, too. With Tom, I used to see him play in Open Loose with Tony Malaby and Mark Helias, as well as in Tim Berne’s Science Friction band and, later, with all the projects he does with Ingrid Laubrock. He always floors me – all that mind-bending attention to detail in his sound, even as his playing seems so free and easy. He’s like the Fred Astaire of the drums. One thing I love about playing with these guys is that I can achieve a kind of rhythmic fluidity that I’m always striving for. They play with such beautiful momentum that it allows me to be rhythmically free. Another thing I love with this trio is how I can explore a full range of what I can do dynamically, and they’re right there with me.”

making bones is an expansive statement by a group of musicians who individually stand at the forefront of the creative music world. As a band, Predicate Trio converse as if telepathically, with a rhythmic fluidity and creative momentum translating Sinton’s vision into joyous musical reality. From the opening bass clarinet solo piece ‘mersible’ with its spellbinding multiphonics, to the suspended tension of ‘dance’ and the rumbuctuously hard hitting ‘blockblockblock’, Sinton’s broad and open-ended compositions are vigorously brought to life as the trio move in a seemingly perpetual motion of boundless creativity. All nine pieces on the album were recorded in single takes.

Tom Rainey is one of the most creative and versatile drummers in the world. In a career spanning over 40 years he has performed with everyone from John Abercrombie, Ray Anderson, Tim Berne, Jane Ira Bloom, Mark Helias, Fred Hersch, Joe Lovano, Carmen McRae, Ken Werner and Denny Zeitlin. He currently leads the quartet Obligato and his acclaimed trio with Mary Halvorsen and Ingrid Laudbrock.