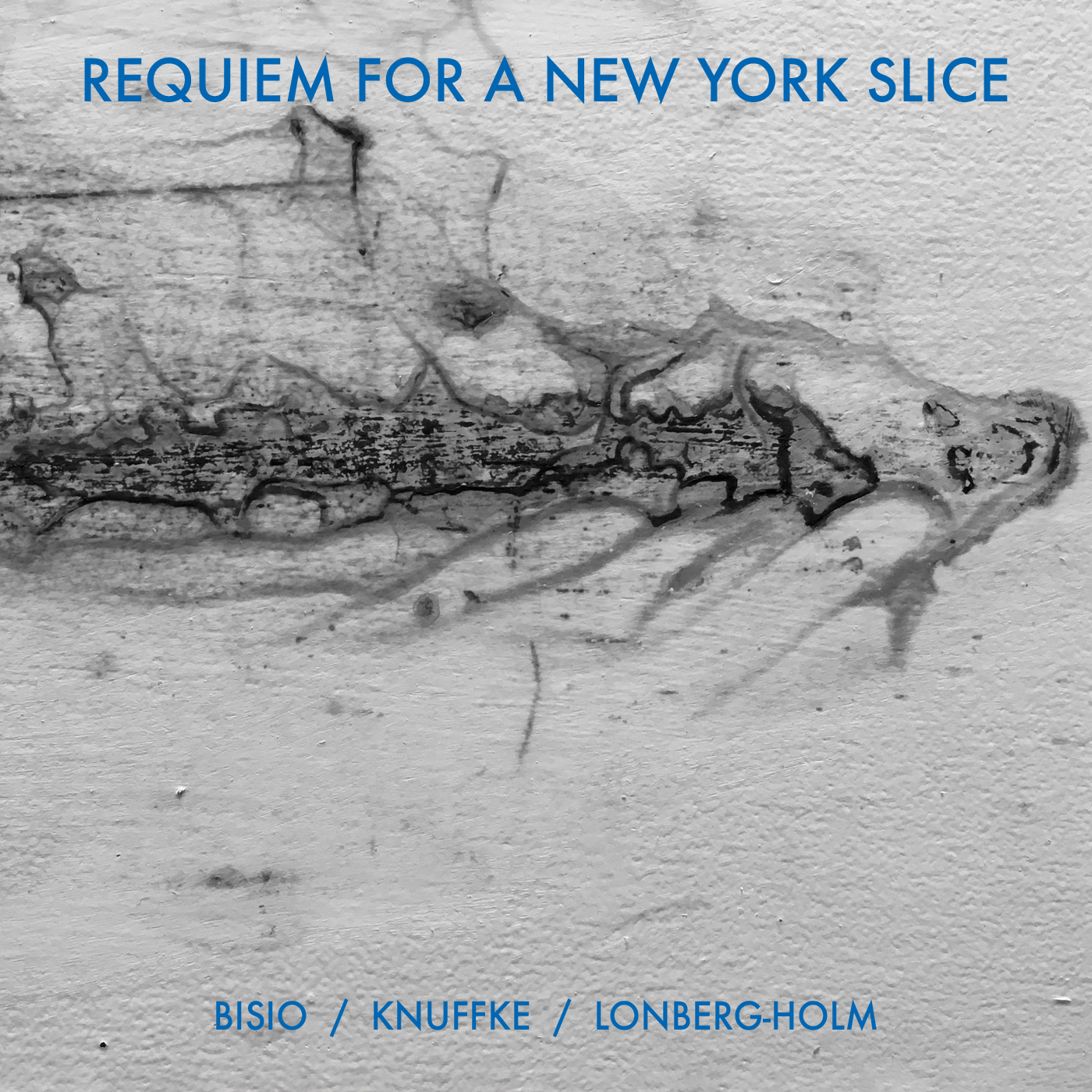 Requiem for a New York Slice

Comprising five spontaneously composed pieces, Requiem for a New York Slice is a yearning and deeply emotive homage to the life of the late Mike Panico. From heart-wrenching anguish to joyous exaltation this trio of master improvisers open their hearts with a performance that is ethereal and transcending, traversing the breadth of human emotion with prolonged moments of intense and introspective solitude interspersed by episodes of shimmering buoyancy, boundless joy and humour.

Equally exhilarating and reflective, Requiem for a New York Slice is a truly breathtaking and transcending statement by a group of improvisers at the forefront of the creative music world.

Michael Bisio is one of the world’s most virtuosic and imaginative performers on the double bass. He has over eighty-five recordings in his discography, including most notably his collaborations with modern piano icon Matthew Shipp and the great Joe McPhee. Nate Chinen in the New York Times writes, "The physicality of Mr. Bisio's bass playing puts him in touch with numerous predecessors in the avant-garde, but his expressive touch is distinctive..." Bisio has performed with Charles Gayle, Connie Crothers, Whit Dickey, Ivo Perelman, Barbara Donald, Newman Taylor Baker, Rob Brown, Sonny Simmons and Sabir Mateen.

Cornetist Kirk Knuffke has been described as “one of modern jazz’s most skilled navigators of the divide between inside and outside, freedom and swing." Accolades for Knuffke include NPR’s Best Jazz Album of the Year for 2017’s Cherryco (SteepleChase) and winner of DownBeat Magazine’s “Rising Star” critics poll in 2015. Described by the New York Times as “one of New York City’s busiest musicians,” Knuffke has released 18 recordings as leader or co-leader and is featured as a sideman on over 50 recordings with leaders Matt Wilson, Allison Miller, Butch Morris, Uri Caine, Pierre Dorge and Michael Formanek. He has performed with Roswell Rudd, William Parker, Myra Melford, Steve Swell, Marshall Allen, Tootie Health and Billie Hart.